If your body reacted in a "sexual" manner, doesn’t mean you wanted it. It’s not your fault." Professional man, age 38, sexually abused from age 5-16.

Developing an erection or ejaculating during a sexually abusive experience can be one of the most confusing and distressing aspects of sexual abuse for men and boys. This page deals with the issue of male sexual assault and arousal. In it we will try to address some of the questions relating to physiological arousal and sexuality that men report struggling with.

Please note that, in addressing this topic, this page uses direct language relating to sex and genitals, as well as a detailed anatomical diagram.

Much of our body – our senses and nerve endings – is basically designed to respond to stimulation, particularly to touch or pressure. In fact, teenage boys especially can be extremely sensitive to touch anywhere on the body, not just around the areas we usually associate with sexual arousal. Having said that, obviously the genitals (meaning the penis and testicles) can be very sensitive, and so can the area around the anus.

Arousal, or the way our body responds to touch, is not always something that can be controlled. Most men (and almost all teenage boys) have had the experience of unwanted or unintentional arousal. A common example of this is the vibrations from riding on the bus, or sitting with a cat purring on your lap. Stimulation of the genitals (such as pressure, touching or rubbing) can very easily cause an erection, even when it is not intended or wanted.

The most difficult thing for me… has been to separate the physiological response I had during the abuse – my own arousal – from the victimization… For years I could not see myself as a young man who had been victimized because I had felt pleasure… My anger at this is something I am… now able to deal with." Will, 37, Pennsylvania (From Mike Lew, Leaping Upon the Mountains: Men Proclaiming Victory Over Sexual Child Abuse.

To help put this in context, some men may experience some involuntary arousal when their doctor performs a digital rectal examination to check for prostate problems. This is a purely physiological reaction. It does not mean in any way that the man is sexually attracted to his doctor, or that he has a sexual preference for doctors in general! In the same way, developing an erection, or ejaculating, during sexual assault does not say anything at all about one’s sexual preferences or identity. 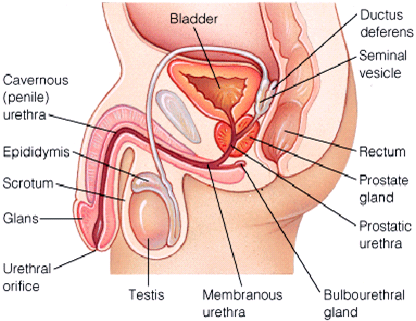 It is also true that fear and arousal are very similar in a physiological sense. Both states involve the symptoms of increased heart rate, fast shallow breathing, and increased alertness, to name a few. The combination of fear, arousal, and touch can be overwhelming and confusing. People who commit sexual abuse usually know this, and take advantage of it.

People can work to encourage an erection

People who sexually abuse boys and men often use their knowledge about male bodies to deliberately cause an erection and/or ejaculate to occur. They do this because they know it is extremely confusing and embarrassing. They might also do it to try and convince the person being abused (and also themselves) that what is happening is not really abuse. Whatever the reasons, ultimately they know that if the boy or man is aroused, they might be less likely to tell anyone about the abuse due to feelings of shame and embarrassment.

Finding someone that you trust to talk to about this can be a step towards reducing this sense of shame. 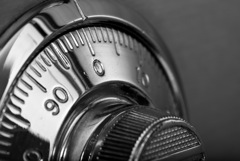 However, when sexual contact occurs against someone’s will, or when they do not understand what is being done to them, it is incredibly confusing and can be overwhelming. It can also be physically very painful.

This combination of pain, confusion, and arousal can leave men with very powerful feelings of shame and disgust at themselves and their bodies. Physiological sensations are closely connected to our emotional and thought processes. When we experience a powerful, involuntary physiological sensations (and sexual arousal is a very powerful sensation), it is normal to have a strong reaction and to try and make sense of what is happening the best way we can. Such experiences of involuntary arousal can lead men to have questions about sexuality, and whether getting an erection or ejaculating meant he really liked it or wanted it. It can feel like their body has betrayed them, and it can make it difficult to enjoy sex as pleasurable, fun, or intimate.

Following an experience of sexual abuse, some men try to avoid sexual situations altogether. The feelings of arousal can trigger memories of the abuse. Other men, in an effort to ‘reclaim’ their sense of sexuality, may seek out frequent sexual encounters that lack intimacy, and that leave them and/or their sexual partners feeling even more disconnected.

Concerns related to sexual arousal can impact upon men’s intimate relationships with their partners, who may not understand why sexual arousal and intimacy is so difficult and fraught with anxiety.

When the person committing the abuse is male, it can leave straight boys and men wondering if they are ‘really’ gay. They might also wonder if the person abusing them somehow knew this. As the information about automatic arousal above shows, this is not the case. All that arousal can tell us is that the boy’s or man’s body reacted in a normal way, and that the person abusing took advantage of their power and knowledge.

For gay men, or men who are sexually attracted to men, there can be confusion around whether the abuse ‘caused’ him to be gay. This is often linked to problematic and homophobic ideas in our society which denigrate same sex attraction as a somehow ‘damaged’ sexual preference. Same-sex attraction or ‘homosexuality’ is sometimes seen as something that needs to be explained, in a way that ‘heterosexuality’ does not. Having been sexually abused is suggested as one such ‘explanation’. In fact, same-sex attraction is part of human sexual diversity and is not caused by sexual abuse.

Some of this confusion is also fuelled when we forget that sexual abuse and healthy sexual arousal are very different things. Sexual abuse is a crime committed by one person or group against another. The sexual abuse of children or young people has nothing to do with healthy adult sexuality, no matter what gender or sexual orientation anyone is.

We don’t mean to say that untangling these complex reactions and feelings is easy. Hopefully having a little bit of information about this issue will help you begin to make sense of this, and perhaps open the door to conversations with your counsellor or your partner. You may want to ask them to read this page with you if you’re not sure where to start.

Everybody, including you, has a right to a healthy, satisfying, consensual sex life. One where you feel comfortable and enjoy becoming sexually aroused.

Developing a better sex life for yourself is entirely possible. Many people who undertake this work find that it is best when they are in a relationship with a safe, supportive partner who they can openly discuss and explore this with. For people not currently in a relationship or with a partner, some find it helpful to take some time out from sexual relationships. They can then concentrate on their own sense of sensuality, sexual arousal and pleasure. In either case, safety is crucial.

Sex works best when people feel safe and comfortable enough to experience arousal, and to let go of having to think and be in control. Although you may choose to take some risks as part of exploring and experimenting with sex, it is important that you feel a sense of control and choice over what happens. (Obviously, it is important that your partners also have safety, control and choice over what they do).

Make time for non-sexual intimacy – sex is only one part of intimacy.

In trying to become more comfortable with sexual intimacy and becoming aroused, it can be helpful to plan and make agreements with partners in advance. This can seem difficult at first, because of a common idea that sex should be spontaneous, and planning seems to go against this. Really, planning is about setting boundaries. Established boundaries mean that sexual play can be fun and spontaneous, and at the same time you feel confident that you and your partner do not feel violated or taken advantage of. This frame of mind represents the opposite to the dynamics of abuse.

Give yourself a break.

Living WellFriday, 18th March, 2022 at 12:50 am
The QLD Women’s Safety and Justice Taskforce is currently considering the response of the criminal justice system to issues of sexual violence.

The Taskforce are interested in hearing from victim-survivors (in writing, or via audio or video) about your experience. You can share with the Taskforce as much or as little as you are comfortable sharing.

If you feel you would like to make a submission about your experience, you can do so via the link below (it can be an anonymous submission):

The deadline for making a submission is Friday 8th April 2022.

You are able to tell the Taskforce about your experience in your own words but you might consider using the following headings to guide your response:

•Did you report your experience of sexual violence to police?
•What did you consider when making this decision?
•If you did report, what was your experience of reporting?
•Did your matter proceed through court?
•If so, what was your experience of going through the court process?
•How did you find interacting with the police, the hospital, support services, the courts and/or court systems?
•Where there any positive experiences for you in going through the criminal justice process?•What needs to be improved to make things better for other victim-survivors in the criminal justice process?

Experience is the teacher of all things.